A cave discovered by chance in the south-eastern Turkish town of Midyat, which belongs to the historically rich city of Mardin, led to a sensational discovery about 2 years ago: the cave turned out to be the entrance to a historical cave city of gigantic proportions. Until then, only the Cappadocia region was known for its underground cities, which are also UNESCO World Heritage Sites.

In the cave, which was discovered during cleaning work in the historic streets and houses in the Midyat district, various corridors and a passage to other rooms were found. Excavations were then started to uncover the underground city. The excavations are being carried out by 9 workers, 2 archaeologists, 2 art historians and a restorer. 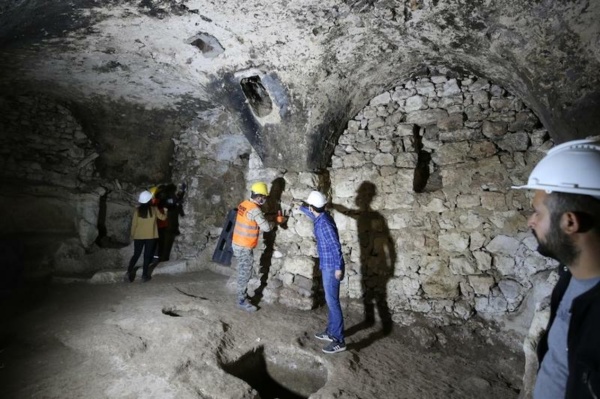 Many artefacts from the 2nd and 3rd centuries AD have been excavated in the underground city, where there are places of worship, silos, water wells and passages with corridors. Finds show that the underground city was already in use in late Roman times. The city, where excavations continue at two sites in the Ulu Cami district of the district, was named “Matiate” and covers an area that has not yet been finally measured.

Gani Tarkan, director of the Mardin Museum and also head of the excavations in the area, explained that they started the cleaning work at the request of the municipality to understand the quality and continuity of the cave, saying, “We started on a single plot under the house. We have seen that the cave is not a single cave. We saw that the passage to different houses is through tunnels and tunnels from caves under different houses. After that date, we started excavation in two places.” Tarkan further explained , that during the work they started in a cave with three rooms, which until recently was used as a barn or cellar, an entrance was found into a gigantic underground city. 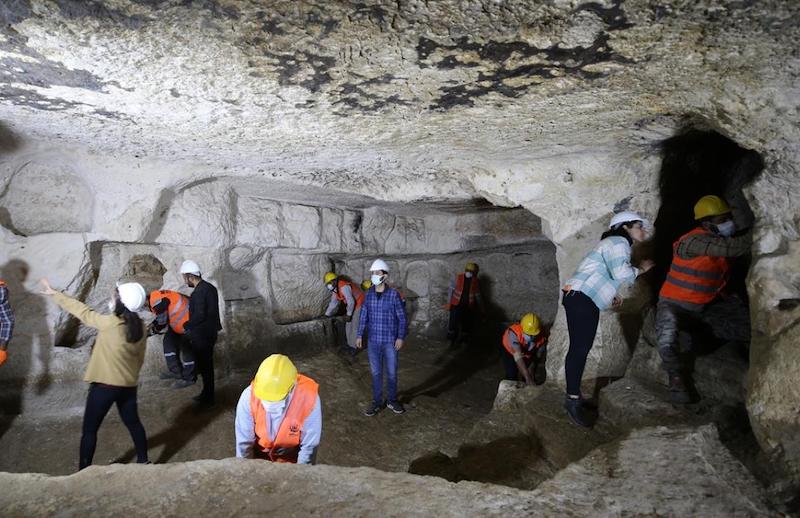 “The first area was a cave with three rooms. From there, a tunnel led north. The length of the tunnel is now 100 metres. We have made a passage to different places through this tunnel. There have been 49 rooms found so far, including a church or synagogue. Some rooms could have been other places of worship. There are also silos and water wells. We see some decorations on the walls. Historical artefacts have also been found: The earliest find so far is from the 2nd and 3rd centuries A.D. This shows us that we are excavating a site from the late Roman period.” 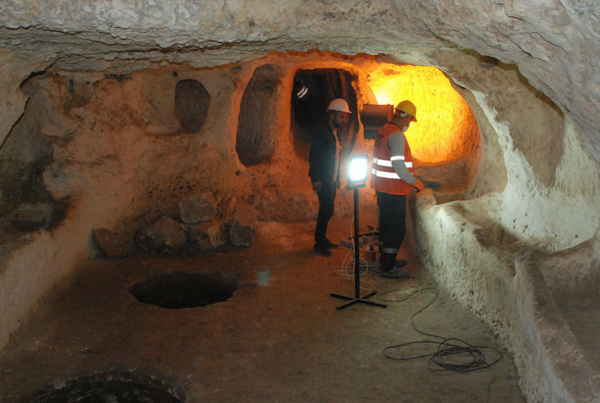 “It is an exciting discovery…. Behind this town lies another history, another time and above it another story. While the houses above are dated to the 17th, 18th and 19th centuries, underneath is a completely different city and this one is 1900 years old. There is no underground city that covers such a large area. The underground city of Midyat will be unique in terms of the area it covers.”

Midyat, which is a kind of open-air museum in terms of history and culture, houses stone houses, inns, mosques, churches and monasteries that are thousands of years old. The mayor of Midyat, Veysi Şahin, said in an interview that excavation work is continuing to uncover the underground city in Midyat, the city of languages and religions.

A cave discovered by chance in the south-eastern Turkish town of Midyat, which belongs to the historically rich city of Mardin, led to a sensational […]

Current regulations for applying for the Ikamet

Currently, due to the war in Ukraine, among other things, conditions are more than tense both for applicants for residence permits and for officials in […]

Unknown persons smeared black paint on the famous Hadrian’s Gate in Antalya during the night. The black dry paint poured on the pillars and walls of […]

Where is my ikamet?