Unknown persons smeared black paint on the famous Hadrian’s Gate in Antalya during the night. The black dry paint poured on the pillars and walls of the gate, one of the most important historical symbols of the tourist city of Antalya, caused great outrage.

The 1,892-year-old Hadrian’s Gate, one of the gates that provide entrance to the historic Kaleiçi in the tourist city of Antalya, was built in AD. Chr. It was built to commemorate the arrival of the Roman Emperor Hadrianus in Antalya in 130. The gate, which is one of the visiting points of all domestic and foreign tourists coming to the city, is highly appreciated.

Black dry paint was poured into the central part of the historical building, on whose columns and walls inscriptions were written from time to time.   On the other hand, it could be seen that the writings written on the walls with cutting tools were covered, the pillars were covered with grass and there was a lot of rubbish in the area.

CCTV cameras need to be installed
Area district chief Halil Ay said the lower and upper parts of the gate were smeared or splashed with black paint. “Such incidents should be prevented in historical places. This is the apple of Antalya’s eye. A precaution should be taken with a surveillance camera or security. It should also be kept clean,” Ay said.

“This is an insult to our history”.
Ay said many people who had seen the black paint had called him and complained, “It’s a very bad picture. The powdery paint has gone deep into the stones. It is a very unattractive sight. This insult to our history was treason. This is our history, the apple of our eye. We must keep it clean and take good care of it. I think the authorities should install cameras here and those who did this should be found and punished,” Ay stressed. 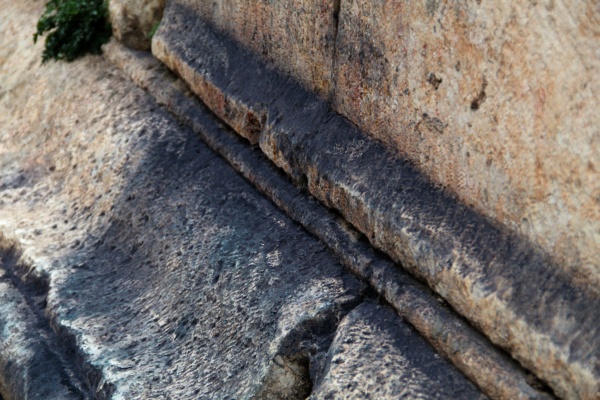 A cave discovered by chance in the south-eastern Turkish town of Midyat, which belongs to the historically rich city of Mardin, led to a sensational […]

Current regulations for applying for the Ikamet

Currently, due to the war in Ukraine, among other things, conditions are more than tense both for applicants for residence permits and for officials in […]

Unknown persons smeared black paint on the famous Hadrian’s Gate in Antalya during the night. The black dry paint poured on the pillars and walls of […]

Where is my ikamet?